The disabled and airlines

Global airlines have committed themselves to improve the air travel experience for the estimated one billion people living with disabilities worldwide. 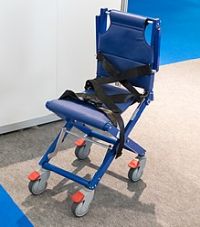 The IATA AGM in Seoul unanimously approved a resolution in this regard. It confirmed the commitment of airlines to ensuring that passengers with disabilities have what was termed access to safe, reliable and dignified travel, and called upon governments to use IATA’s core principles for accommodating passengers with incapacities.

“Airlines were ahead of their time when, 50 years ago, we set out standards to ensure passengers with disabilities had access to air travel. But now we need to go further. The numbers of persons with disabilities travelling by air are set to increase significantly as populations expand and grow older. We applaud the UN Convention on the Rights of People with Disabilities. With today’s resolution the industry is committed to ensure that passengers living with disability can travel safely and with dignity,” said Alexandre de Juniac, IATA’s director general and CEO.

An IATA survey of 48 airlines reported that the requests for wheelchair assistance grew 30% between 2016 and 2017, putting strain onto the quality of the service provided.

noted that Korean Air provided enlarged rest rooms for all classes on its London services.

Airport design is a major cause of increased wheelchair demand. Having a walking problem myself, I started using wheelchair and golf buggy services in the 1990s because airport had been expanded with little thought to the movement of people with any sort of problem. Distances between the street and boarding gates have grown to be measured in half miles. Shopping mall size retail areas must be traversed. Travelators are few and too short. At many airports the PMR services are overloaded and users frequently arrive late at the gate. The EU law shifted control from airlines to the airports, which results in airlines being unable to manage movements of their passengers effectively. Unless airport expansions are designed with more attention to people movement we will see wheelchair traffic congestion!!

EasyJet could start the ball rolling at Gatwick by starting to use air bridges that the airport have put there. eaayJet operations at the North Terminal make the airport seem like third world. The airport could also help by have lifts that actually work.