North Somerset Council has received a planning permission application from Bristol Airport seeking permission to increase capacity to handle up to 12m passengers a year by the mid-2020s.

The airport is notorious for its bad road connections and no mention is made of a link to the M5.  It could be deliberate as the external surface connections are not the airport’s responsibility!

Next year passenger numbers are expected to pass the 9m mark for the first time. The proposed development includes new infrastructure, improvements to existing facilities, and operational changes to ensure the airport can continue to meet demand for air travel to and from the South West of the UK well into the next decade. Annual terminal traffic is currently limited to 10m passengers.

Bristol Airport has provided some interesting statistics to go with the application comparing 2008 and 2018. 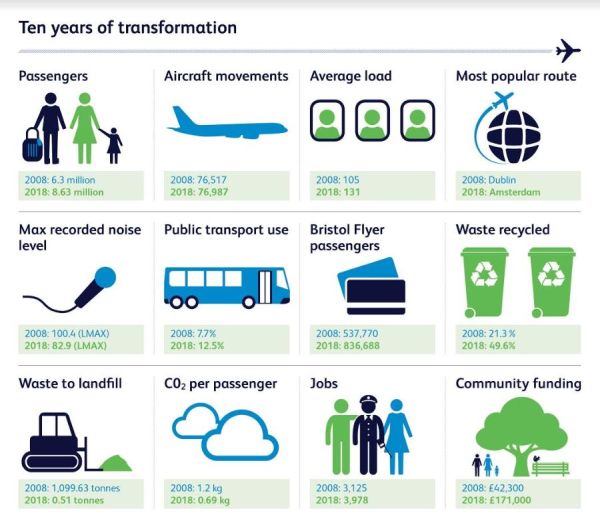 They should have built the airport at Filton, which has good motorway and rail access. However, the main objectors were local residents, many of whom worked for British Aerospace. It should be remembered that Lulsgate Bottom (Bristol Airport) was selected by the RAF to train pilots in poor weather conditions, particularly fog!