Officially leaving on 15 July Christine Ourmières-Widener has resigned from her post of CEO at Flybe, the regional airline. 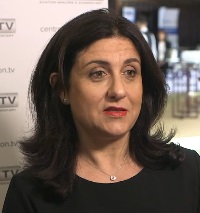 The former Air France and CityJet executive was appointed in January 2017 and in difficult trading conditions saw the share price plummet from 50p when she took over to today’s nominal value.  The airline floated in December 2010 at 295p with the shares climbing over the 300p barrier shortly afterwards.  She was appointed this time last year to the board of IATA but although in Seoul will stand down at the end of the event.

Her departure comes two months after shareholders approved the sale of the business to Connect Airways, a consortium comprising Virgin Atlantic, Stobart Air and Cyrus Capital, for only 1p per share.  This takeover is subject to approval by the EU Competition Commissioner, expected in July, a “hands-off” waiting period said by an incoming director to be “frustrating”.  In the meantime the airline has published details of its winter programme which does not include flights to both Guernsey and the Isle of Man from Heathrow, both introduced quietly for the summer season.  Newquay continues.

After an internal notice to staff was leaked to the media the airline said it “expects to be in a position to announce Christine’s successor before her departure to ensure a smooth handover”. 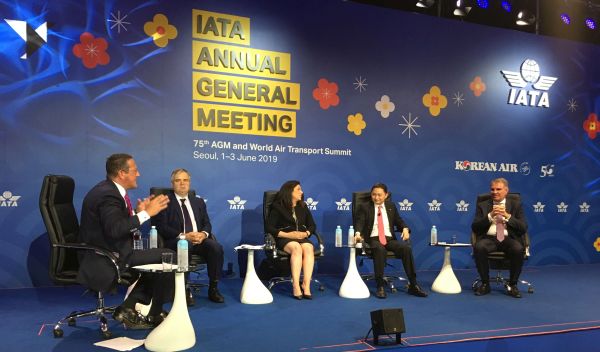