ON TOUR: Madeira – Not a tropical island

How many hotels can you stay in around the globe where the walk down for breakfast is worthy of a relaxing classical garden experience. 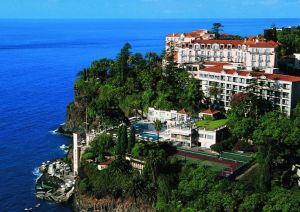 Belmond Reid’s Palace in Funchal Madeira is exceptional.  It employs seven full time gardeners and yes, at certain times of the year, outside visitors can pay for a conducted tour by a horticultural expert.  But only for limited numbers and early in the afternoon so as not to disturb guests.  A classic English tea can then be taken on the hotel’s balcony offering stupendous views across the harbour and city, the background green and lush reaching up towards the hills.

Reid’s Palace sits on a promontory above Funchal. The hotel has both sea and fresh water heated outdoor swimming pools, a fine gym, plunge pool and spa, a special children’s area and a discrete traditional ambience of an old English country house but with all mod cons.  There is a tennis court as well and you can play snooker.  On Saturday 8 June it will host the 26th annual World Travel Awards. 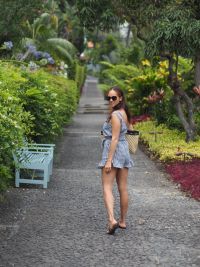 Madeira has a lot of things going for it but it is not a tropical island, a description of ‘temperate’ best fitting.  The busy season is the English winter with temperatures not dropping much below 20°c, but in the summer 25°c is achieved, sometimes a little more.  These wonderful conditions together with volcanic soil and a good rainfall fool the potatoes with four harvests a year.

Madeira is an autonomous region of Portugal, English is spoken widely, UK time kept and flights from London take about 3.5hr. There were just over 300,000 visitors from the UK in 2018. The Atlantic island is on much the same longitude as Casablanca 400mi to the east.  Neighbouring Porto Santo serves as a much quieter holiday resort and does have a full service runway, needed from time to time when aircraft cannot get into Funchal, a highly technical airport subject to wind vectoring and low clouds.  The Spanish Canaries are 300mi to the south.

Winston Churchill was a famous visitor to Madeira.  He naturally stayed at Reid’s, the island’s outstanding hotel which was completed in 1891.  In the early days guests were met quayside and taken up by sedan chair.  Nowadays a lift does the job if want to go swimming in the sea.  Madeira was on the classic sea route between the UK and Cape Town with air services by flying boat.  The airport did not open until 1964.

Funchal is the capital, a typical Portuguese city centred around the Old Town where art and entertainment come together, with the streets in the area transformed by the work of local and foreign artists through a project entitled “Arte de Portas Abertas”. 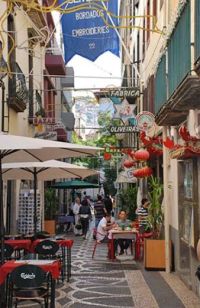 History tells us that this is where the first settlement sprang up. The Old Town is characterised by narrow cobblestone streets and the facades of old houses and is considered an area of great historic and architectural value.  Restaurant after restaurant abound, the food quality very high and prices by London standards extremely reasonable.  Even with the Michelin 2-star Villa Cipriani, next door to Reid’s, €100 should see you comfortable for two as long as you don’t go crazy with the wine.

The centuries-old Funchal Cathedral, which mixes Gothic and Romanesque styles, is notable for its carved wooden ceiling. Fronting the harbour is the São Tiago Fortress, built in the 1600s. It now houses the Contemporary Art Museum, with a large collection of Portuguese works.  At the end of the promenade is the cable car which in 15min whisks you up to the suburb of Monte and if you wish a separate 9min ride to the stunning “Jardim Botânico” (Botanical Gardens) displaying over 2,000 exotic plants both endemic and from all over the world such as Orchids, Magnolias, Azaleas, Palms, Ferns and Cacti.  Gardens abound in Funchal.

For the brave the way back is the “Carro do Monte", a traditional toboggan ride on a wicker sled with wooden runners propelled by two carreiros (men dressed in white with straw hats). The ride ends in the suburb of Livramento, and is definitely worth the experience.  The alternative is to grab a taxi at Monte and ask the driver to take the same route.  But it is not as exhilarating.

Once again we recommend the open top bus tour, 90min in this case for the complete route, which includes the stupendous Pico dos Barcelos lookout and the little harbour of Camara de Lobos, ideal for a lunch stop. 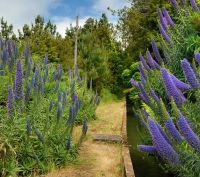 Well worth a half day visit is Porto Moniz on the north west coast about one hour from Funchal.  Take a municipal bus or coach tour that includes the mountain road.  It features a natural complex of lava pools that are popular with locals and tourists and safe for swimming and getting wet.  Close by, and located in the replica of the São João Baptista fort, is the Madeira Aquarium. The original fort was built in 1730 in response to the many pirate attacks on the village.  In the aquarium, there are more than 90 different native species, distributed in 12 exhibitions tanks.

An alternative to Porto Moniz is to hire a taxi for four on a fixed (haggled) rate and drive past the airport to the little seaside town of Machio and its fort.  And then on to the escarpment overlooking St Lawrence Point, the most easterly point on the island.  Various signposts give times and distances from the parking area, and the steepness of the climbs can be seen.  According to the signs the Portuguese walk is quicker than the British! 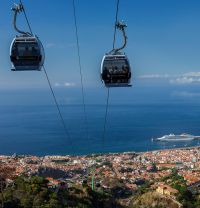 Then on to Ribeiro Frio, about as high as you can get on the Madeiran roads with a café and trout farm, parking spot and a 50min walk down a track to Balcoes for more stupendous views helped by real solitude and quietness.

If you are a Manchester United fan there is a museum dedicated to Cristiano Ronaldo, a native of the island after whom the airport is named.  There are two championship class golf courses, and a pitch and putt, and on Porto Santo a 27-hole European Tour classic designed by Severino Ballesteros.

Driving on Madeira can be ‘exciting’ as there are many narrow streets and the locals keep to the middle.  At Santana the Faial go-kart track is open air, looks the part, is 1,040m long and has everything for true aficionados – bends, stretches, technical challenges and some fast corners.  On the promenade you can hire a tuk tuk  (Aussies make the best peddlers, even in Madeira) or a Skegway.  And the mile long esplanade is the only road in the city that is flat.