ON TOUR: The Bridge

On a trip to Denmark, BTN editor Richard Cawthorne swaps countries to delve into the world of Swedish TV drama 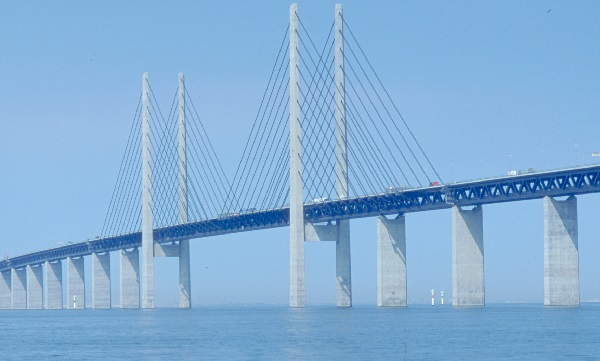 Television drama has its ups and downs but there is no doubt that when done properly it does its bit for the travel industry. Assigned a business trip to Copenhagen, and as a fan of the better class of small-screen entertainment, my first thoughts were not of Tivoli and smörgåsbord  – or even Hygge – but The Bridge. Followed closely by Wallander.

Taking the second first, the Swedish series Wallander, starring successively Rolf Lassgård and Krister Henriksson and based on books by Swedish writer Henning Mankell, was one of the early examples of so-called “Scandi-noir” drama to appear on British TV. It is not to be confused with the inferior British follow-up with Kenneth Branagh.

The title character, a Swedish detective, was based first in Malmö and then Ystad in southern Sweden and successive series gave full exposure to the attractiveness of the towns and their surrounding countryside. The subliminal message sank in.

Next came The Bridge, which ran to four series on BBC Four’s Saturday “foreign slot” between 2012 and 2018. The structure in question is the Øresund Bridge, an 8km (5mi) plus 4km tunnel combined rail and road link across the Øresund Strait between Denmark and Sweden.

With time to spare after Copenhagen, it took minimal research to discover the crossing between the Danish capital and Malmö takes just 35min by train. As someone once said, it would have been a shame not to.

A road trip would have offered a view of the bridge’s futuristic structure but it takes longer and is more expensive. The train, clean, fast and on time, was an acceptable compromise and still offered compelling views of the waters.

With a population approaching 300,000, Malmö offered a succession of neat squares and cobbled streets radiating from the rail station. It is the capital of Sweden’s southernmost province, Skåne, a popular leisure destination with echoes of East Anglia. Malmö itself was named by National Geographic Travel last year as one of its “Best Tips”.

The town has plenty to entertain visitors. We liked Malmöhus Castle, the oldest remaining Renaissance castle in Scandinavia. It was built in the 15th century and has been used as a fortress, a prison and finally a museum. Along with the main collections and temporary exhibitions, it also houses an aquarium and art galleries.

Also worth viewing is The Turning Torso residential building in the Västra Hamnen district. At 190m and 54 floors, it is the tallest skyscraper in Scandinavia which although static appears to rotate. It was designed by the Spanish architect Santiago Calatrava based on his sculpture of a twisted human body.

When sightseeing is done, Malmö is noted for a wide selection of quality restaurants and bistros and funky cafés. The shopping is also recommended especially for Swedish design ware and new Swedish fashion labels. Sadly, time did not permit a full exploration of this aspect of the trip.

Less than an hour by train from Malmo is the centre of the Wallander industry, the town of Ystad. The TV series may be finished but Mankell’s books are still selling and there is a regular stream of followers for the several Wallander tours on offer. Helping things along are the relaxing surroundings, with medieval pastel-coloured half-timbered houses on cobblestone streets around a series of squares.

Top sights include St Knut’s square, Ystad Art Museum and Charlotte Berlins Museum, plus the 12th-century Greyfriar’s monastery and the Saint Petri church and museum next door. As in Malmö, there are lots of good cafés and restaurants bolstered by the steady influx of fans.

Scandinavia's largest film-making facility, Ystad Studios, is just outside the city centre. As well as the Swedish Wallander films, most indoor scenes for The Bridge were also filmed here.

All is explained at the Cineteket film museum inside the studios, which gives a detailed insight behind the scenes into film production. The showpiece is Wallander’s apartment and office, complete with newspaper in the letterbox, plus artefacts from both that series and The Bridge. 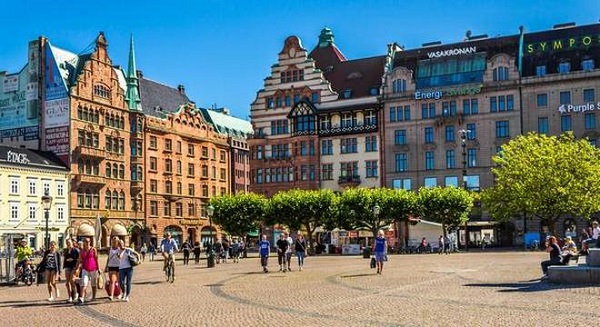