Directed by Hirsch Bedner Associates and GA Design, the transformation of the hotel’s guestrooms and public spaces incorporates what officials describe as “a fresh take on present-day design while honouring the rich heritage of the property”.

JW Marriott global brand leader Mitzi Gaskins said: “The reintroduction of this iconic building, the former home of the Duke of Gloucester, signifies an exciting milestone as the property celebrates its anniversary.”

Designed originally by architects L. Rome Guthrie and Sir Edwin Lutyens, Grosvenor House has commanded a notable location on Park Lane since opening its doors in 1929 and has long been associated with royalty, international dignitaries and celebrities.

Significant events to have been held there include the Royal Caledonian Ball and the Russian Debutante Ball and, for the past 68 years, the hotel has been the official host of the British Academy of Film & Television Arts (BAFTA) Awards.

General manager Stuart Bowery said: “This transformation embodies the historic grandeur of the hotel while infusing a more stylish and contemporary British feel and includes an extensive re-imagination of the ground floor to complement the alluring views of Hyde Park.” 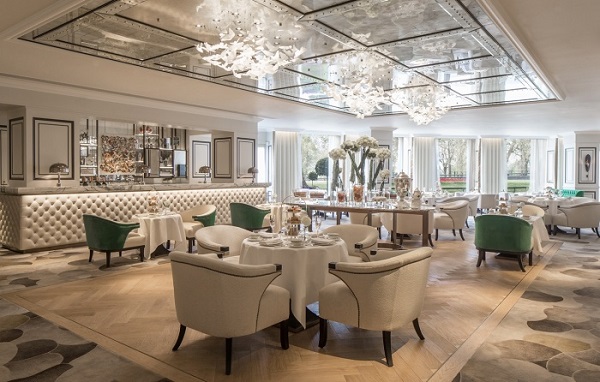