Three new jet routes operated by Loganair from Edinburgh Airport have been given an official send-off (below), with departures to Bergen and Stavanger in Norway and to Guernsey.

The direct services are all operated by Embraer E135 regional jets with flight times to Stavanger and Bergen of 1hr 10min and 1hr 20min and to Guernsey in a little over 1hr 30min.

Stavanger operates on Mondays, Wednesdays, Fridays and Sundays with Bergen, Norway’s second largest city, serviced three per week on Tuesday, Thursdays and Saturdays. Guernsey is a seasonal route and operates weekly on Saturdays.

The new routes bring the number of destinations available from Edinburgh with Loganair to 12.

• Loganair has operated its last Do328-100 commercial flight, a service from Edinburgh – Norwich, ending a 24-year association with Fairchild Dornier turboprops. The airline had a total of five Do328s, two of them now in service with Munich-based MHS Aviation. 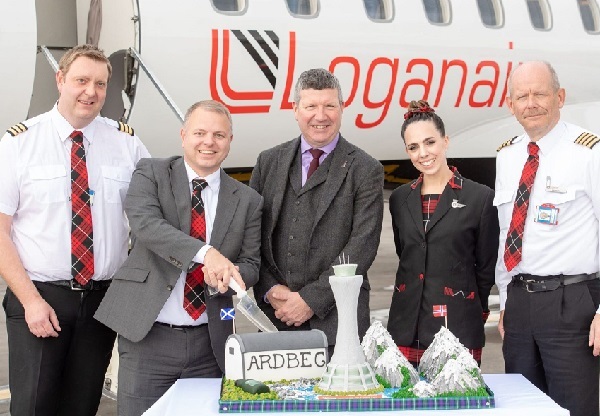