Critics have attacked a proposal by the Department for Transport (DfT) for a levy of 50p per person on all flights to insure against a future collapse of UK-based airlines. The proposal is in the final report from the independent Airline Insolvency Review. 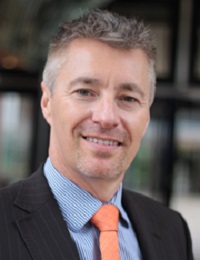 Transport secretary Chris Grayling commissioned the review after the collapse of Monarch Airlines in October 2017, which saw 85,000 passengers repatriated by the Civil Aviation Authority.

Airlines UK chief executive Tim Alderslade said: “This is not the time to make it more expensive to travel – 50p may not sound much but airlines operate on wafer thin margins and passengers already pay over £3bn each year to the Treasury in Air Passenger Duty.

“The chances of booking with an airline that goes bust remain small. When it’s happened, airlines have demonstrated their commitment to bringing passengers home through voluntary rescue fares which worked well and with no taxpayer liability.”

Dale Keller, chief executive of the Board of Airline Representatives in the UK (BAR UK) said: “The risk assessments of a major airline insolvency, of the scale likely to trigger government intervention remain overstated within the report.

“The European Commission estimates only 0.07% of all passengers across Europe between 2011 and 2020 could be affected by airline bankruptcy, and of them only 12% would require organised assistance in getting home.”

The insolvency report can be seen here