Airports hit out at traffic management

Air traffic management (ATM) inefficiencies on the continent are failing the travelling public and airspace users, according to the airport trade association ACI Europe last week. 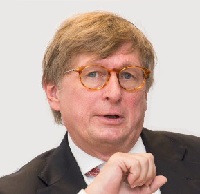 The group was reacting to a report to the European Commission by the “Wise Persons Group” (WPG), which sets out recommendations on the future of ATM in the context of what it calls the failures of the Single European Sky programme.

The WPG report advocates a centralised approach as the enabler for delivering efficiencies, based on new roles and responsibilities for the network manager, a function currently performed by Eurocontrol.

ACI said it did not object to such an approach and noted the report rightly called for increased operational integration between airports and ATM through data sharing and collaboration.

However, the report focused mainly on En-Route capacity and did not follow a total aviation system approach, it added. For the proposed new centralised approach to succeed, a new modus operandi was essential.

ACI said it looked forward to continued engagement with the EC and EU member states and to becoming fully involved in the follow-up of the report.