ON TOUR: Lübeck - centre of the marzipan universe

Thinking of going to Hamburg for a long weekend? It’s a fine city which we will not deprecate, but if you have the time BTN highly recommends adding on a 48hr stay in nearby Lübeck, once the centre of Europe in commercial terms as the leading city of the Hanseatic League. 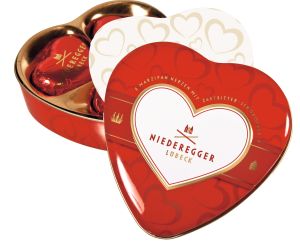 It is one of Germany's best-kept secrets, and very well worthwhile making the effort. BTN joined a small press group towards the end of March. The weather was sunny but very cold.

Our host for the overnight trip was not the local tourist board but Niederegger, a name synonymous with marzipan since its establishment in 1806. Having been started by master confectioner Johan Georg Niederegger, it is still a family business, now in the eighth generation and proud to promote Lübeck to the world.

By road from Hamburg Airport to Lübeck is just over 1hr, or you can go by train with a change at Hamburg Central Station.  We stayed at the delightful Radisson Blu Senator Hotel sitting directly on the bank of the River Trave facing the UNESCO World Heritage Old Town, an island 2km by 1.4km. There are eight bridges capable of carrying traffic but the best option is to walk. The Lübeck metropolis has a 250,000 population.

From the hotel, everything is within walking distance – starting with the Holsten Gate, a Gothic construction dating from the 15th century, and Lübeck Cathedral, a stunning Lutheran church with more than 800 years of history. In the two fat bulging towers of the gate there is a fine museum, which has an unsettling plaque inside it announcing that the building was restored by the Nazis before the last war.

Brick Gothic architecture is everywhere telling of past riches when Lübeck, sitting on the Baltic Sea, was the connecting point for merchandise between the Scandinavian countries and Germany and the lands of the Rhine, one of the great ports of the world.

In the Old Town, the Market Square leads on to the Town Hall and a quick visit to the  Café Niederegger, sometimes called the “the marzipan salon”. We took lunch there on the second day, not expensive and a ‘must’ for visitors.

On the ground floor, you can buy beautiful souvenirs of the Hanseatic city, especially the magnificent Holsten Gate made of pure marzipan. Even small figures such as cute teddy bears, lucky pigs or the famous colourful fruit made of marzipan are miniature works of art.

Upstairs from the first floor café is a fascinating Niederegger museum that takes the visitor back through the centuries tracing the origins of the almond speciality on its long journey from the Orient to Lübeck. The biggest draw has to be the 12 life-size personalities made of marzipan. Most of course were unknown to our group, except for the author Thomas Mann, who was born in Lübeck. 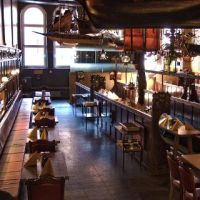 Our evening dining was at Die Schiffergesellschaft, right in the heart of the Old Town, dating back 400 years and a noisy atmospheric fine interior of antique items and various models and pictures of ships from the past used by the Lübeck merchants. The property, which must have 200 covers including the private rooms and upper floor, is still owned by the Society of Captains, which founded it all those years ago. The food is best described as traditional North German, with a good selection of mostly German wines and beers but all the international brands as well.

Our small party thoroughly enjoyed the evening followed by a walk over a bridge to the hotel. What was noticeable on a warm Tuesday night in March was how quiet the place was. We did not pass another soul in the 800m stroll through what presumably during the day is a thriving business and shopping area.

The next morning was spent at the Niederegger factory on the outskirts of the city. It employs around 500 people, plus 250 seasonal workers for Christmas and Easter. Much of the production is impressively automated except for the blending room, out of bounds to us, where the ingredients are carefully supervised. The preparation is very much "top secret". 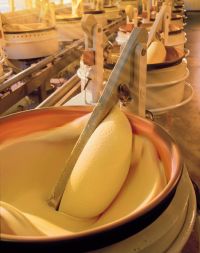 Marzipan originated in the East, brought by the Crusaders to Europe via the trading centre of Venice. At first in Germany, marzipan was produced exclusively by pharmacists and considered a medicine until the 18th century. This only changed after 1801 when the first sugar beet factory started working. Now for the first time, sugar – and then also marzipan – was affordable for wider sections of the population. The success story of the House of Niederegger began at almost the same time.

Niederegger Marzipan was awarded the gold medal at the Vienna World Exhibition (1873), one of many over the years. The then tsar of Russia was also a fan. In 1908, the marzipan specialist established himself as purveyor to the court of the German emperor.

Today, as back in the founding times, the production is supervised by the master confectioner personally. The secret of Niederegger Marzipan lies in the traditionally-handed-down and strictly-guarded recipe of almonds with sugar and the addition of a secret ingredient which is similar to rosewater.

The nuts find their way hand sorted into the production process, are mixed with sugar and then ground in different milling stones made from granite. The almonds end up in the traditional roasting cauldrons in which they are cooked over an open flame, enabling them to develop their full aroma.

Throughout the year, Niederegger offers a wide range of products from its world-famous marzipan to exquisite pralines and finest tarts and pastries. The list includes about 300 different chocolate-coated and hand-painted marzipan specialities and numerous made-to-order products for private and business customers as gifts.

Niederegger produces about 30,000kg of marzipan annually and sells all over the world.

Yes, there is a factory shop and yes, we even added to the samples already provided. 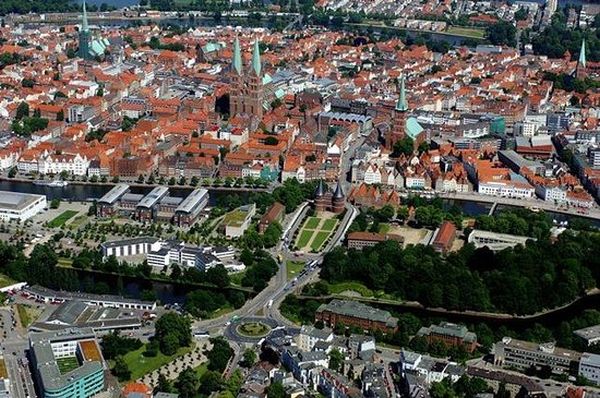