Type certification for the Embraer E195-E2 has been granted by the Brazilian Civil Aviation Agency (ANAC), the US Federal Aviation Administration (FAA), and the European Aviation Safety Agency (EASA) simultaneously, the manufacturer has announced. 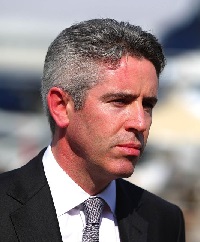 Embraer Commercial Aviation president and CEO John Slattery said the news repeated the achievement of the E190-E2. The new aircraft was “another great achievement” from Embraer’s engineering and programme teams, he added.

“They’ve built, and now have certification for, the most efficient single-aisle jet on the market. And they’ve done it again right on schedule and exceeding specification,” Slattery said.

The company said it demonstrated two of the aircraft in the certification campaign, one for aerodynamic and performance testing and the other for interior and maintenance tests.

“There is no question that airlines are going to love this airplane’s economics,” he added. “The E195-E2 is the ideal aircraft for growing regional business and complementing existing low-cost and mainline fleets.

The E195-E2 is the largest so far in Embraer’s E-Jet E2 series and the largest commercial plane the company has made to date. More than 120 have been ordered.