“Major steps” towards completing work on a software fix for the B737 MAX flight-control system suspected in the Lion Air and Ethiopian Airways accidents were reported by Boeing last week following a test flight, raising hopes the grounded global fleet could soon be back in the air. 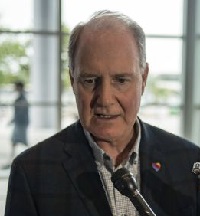 The company has also received a boost from Southwest Airlines, which flies only B737s. It is by far the biggest 737 MAX customer in the US with 34 among its fleet, and said last week it has plans for many more.

Chairman and CEO Gary Kelly told a chamber of commerce event in Dallas that Southwest had no plans to abandon the MAX and intended to buy “hundreds" more.

He added: "It's a very good airplane, but Boeing has acknowledged that they've got some things they need to address with the software… It seems like it's a relatively straightforward modification. We're obviously anxious to get the airplane back in service."