London in view for JetBlue

As forecast in BTN (11 March), JetBlue has confirmed plans to launch daily flights between London and its hubs at New York and Boston in 2021, saying it will drive down fares and force the heritage airlines to “up their game”. 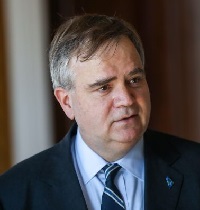 JetBlue said it is evaluating which London airports it will serve. It has not yet applied for a foreign carrier permit from the CAA but said the routes would be operated by Airbus A321LR single-aisle aircraft.

Speaking at the Aviation Cub in London on Thursday, CEO Robin Hayes criticised the joint ventures that he said had come to dominate the market, but conceded there was a problem to overcome. “New entrants need slots,” he noted. “We’ll bring the airplanes, the low fares, the service … the thing we can’t bring are the slots.

"But make those slots available to new entrants like JetBlue, and you will see a profound and dramatic effect with lower fares in the market.”

In a simultaneous announcement in the US, JetBlue president and chief operating officer Joanna Geraghty said: "The fares being charged today by airlines on these routes, specifically on the premium end, are enough to make you blush."

“It's time for regulators to create conditions where smaller carriers and new entrants can thrive, instead of letting the giant airlines get even bigger through joint ventures.”