For the sixth time in its 11-year history, Heathrow’s Terminal 5 last week was voted the best in the world, with Terminal 2 close behind as fourth best. Overall, Heathrow maintained its position as one of the world’s top 10 airports. 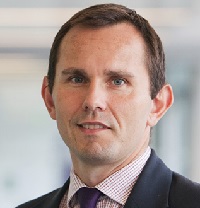 The accolades came at the 2019 Skytrax World Airport Awards, held at the Passenger Terminal Expo in London, reflecting the £12bn investment programme begun at the airport a decade ago.

Since the work began, Heathrow has been ranked consistently as a passenger favourite. It has been named “Best Airport in Western Europe” for the past five years running and “Best Airport for Shopping” for a record-breaking 10 years.

Chief commercial officer Ross Baker said: “After a decade in service, it’s absolutely fantastic that Heathrow’s Terminal 5 is flying above the rest.

“For passengers to vote two of Heathrow’s terminals into the world’s top five is a ringing endorsement of the billions we’ve invested to transform the airport into the world-class facility it is today.

“Britain has a front door it can be proud of and our teams will continue to welcome our passengers with a smile to keep Britain on top and moving.”