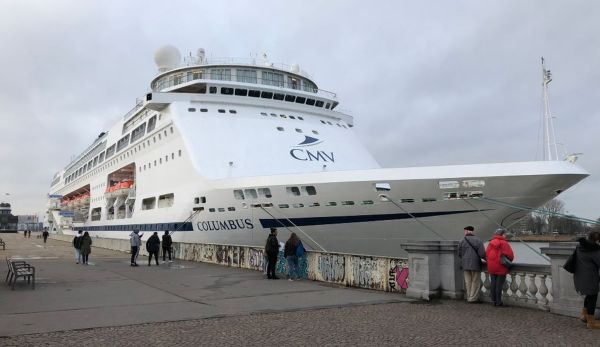 It seemed a bit of a cheek to be setting off on a ship named Columbus for a mini-cruise going no further than the other side of the North Sea and back. This seventh member of the Cruise & Maritime Voyages (CMV) fleet is capable of greater things. As we speak, she is between Saigon and Singapore via Koh Samui Island and Laem Chabang, both in Thailand, on what CMV labels expansively the 2019 Round-trip Grand Round the World Cruise.

This began at Tilbury on 5 January and the ship arrives home on 5 May with pretty much every exotic destination you can think of in between.  As cruise itineraries go, it’s probably one of the most exciting; BTN’s latest venture on board was more modest, a three-night trip taking in Antwerp and Amsterdam before heading home again. Some members of the BTN team are cruise experts, some are not. This was a chance for two of the latter to see what all the fuss is about.

Columbus is rated a medium-size ship, at 247m (810ft) long and with a gross tonnage of 63,500. She can carry between 1,500 and 1,800 or so passengers, most of whom seemed to be there for the mini-cruise, and is managed by a 700-strong crew led by the master, Ilias Venetantis. The ship was built by Chantiers de l’Atlantique in St Nazaire and launched in 1988, entering service a year later under the name Star Princess with Princess Cruises. After several changes of name and operating company, she served as Pacific Pearl in the P&O Cruises Australia fleet until 2017 when she was sold to CMV and renamed MV Columbus.

BTN has noted before the convenience of Tilbury as a departure port and it proved its worth again this time. Armed with full cruise documentation issued in advance of joining the ship, passengers can arrive, park and complete boarding formalities with minimum fuss, especially if you arrive early. The information guide included in the documentation is invaluable, especially for cruise beginners like me, covering everything from A for Accounts to W for What to Wear (Day and Evening). 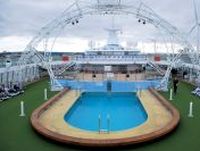 Columbus has 13 decks, 11 of which are allocated to passengers. BTN had Cabin 11167, which to the uninitiated means Number 167 on Deck 11, complete with outside view which everybody we spoke to agreed was essential for novice cruisers and a good idea for anyone else wary of claustrophobia. Finding our way about was easy, helped by ample signage and the large numbers of crew members and the cabin was clean and comfortable. A Welcome Aboard newsletter was already waiting for us with all the basic information on facilities on board, what was happening when and brief introductions to our ports of call a few hours ahead and what shore excursions were available.

All this was taken for granted by the many hardy cruise enthusiasts we spoke to. Several seemed to spend their time going from trip to trip; all thought cruising was great as a pastime and as a way to explore new destinations and it was also pointed out to us that this voyage was an economic, meals-included way to get to Antwerp and Amsterdam just as a treat. The party atmosphere was obvious throughout.

Another plus with these two destinations is that the cruise terminals are close to the city centres; in Antwerp’s case just a short stroll across the road and at Amsterdam a taxi ride or single tram stop to the central station. The sea crossing was smooth, putting another cruise phobia to rest, and though we were told it wasn’t always so, most of the veterans seemed to take the odd bit of rough weather as part of the deal. Whether that applies in a Force 9 still remains to be seen.

At Antwerp, we were greeted by the tidings that a new cruise terminal is planned to open in autumn next year in part of the city’s oldest building, Het Steen, which is being rebuilt as a visitor reception centre. The first floor upwards will have an information desk, a city shop, expositions, an interactive tour and a rooftop terrace with the new terminal at street level complete with a cruise pontoon where the ships will dock.

Like the present facility, it is right across the street from one of the city’s main squares and the Cathedral of Our Lady, easily visible from Columbus, and its collection of Rubens paintings. With the few hours available, we had time to see the pictures, walk among the famously-varied architecture and indulge in a lunch of authentic Flemish beef stew (what else?) at Brasserie De Post on Groenplaats. Coffee at Sofie Sucrée on Handschoenmarkt rounded off a rewarding afternoon.

With uncooperative currents delaying our departure from Antwerp, we had even less time in Amsterdam, which brought home one of the disadvantages of a mini-cruise but encouraged us to make the most of the few hours we had. It was time enough to grab a cab to Dam Square, admire the city’s buzzing street scene and take in more grand canalside architecture. Lunch saw us at an old favourite, Café Luxembourg, at Spui 24 near the university and the flower displays at the Bloemenmarkt. The onion soup is always worth a return visit and the pastrami isn't bad either. The return to Columbus came all too soon. Sad to say the greedy merchants of Amsterdam are chasing away cruise ships, we learnt, with a new passenger tax. Rotterdam for the day should prove to be just as interesting.

A mini-cruise like this is hardly representative of the multi-stop itineraries on today’s super-ships that have transformed the industry but as an introduction to the sector it was fun and instructive. Columbus proved a comfortable starter, performed as she was expected to do and even the weather cooperated. Definitely time to try it again. 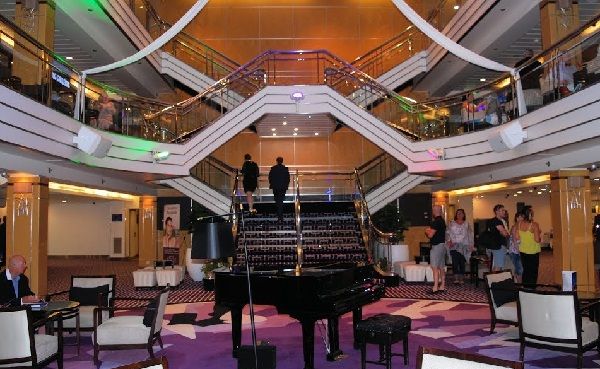