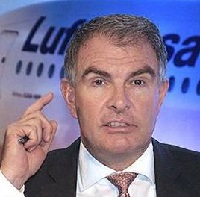 The group said the orders had a list-price of US$12bn but “as is usual with such orders, Lufthansa Group has negotiated a significant price reduction” which the parties had agreed not to disclose.

Adding that it continuously monitors the profitability of its world-wide route network, Lufthansa also confirmed the sale “for economic reasons” of six of its 14 Airbus A380s. They will leave in 2022 and 2023.

On the new order, group chief executive Carsten Spohr said: “By replacing four-engine planes with new models, we are laying a sustainable foundation for our future in the long run.

“In addition to the cost-effectiveness of the A350 and B787, the significantly lower CO2 emissions of this new generation of long-haul aircraft was also a decisive factor in our investment decision.”

Spohr said a decision on which airline will deploy the aircraft at which hub would be made later but “with the A350-900, B777-9 and B787-9, Lufthansa Group will own the most fuel-efficient long-haul aircraft of their class in terms of kerosene consumption per passenger and 100km flown”.