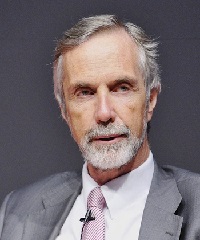 The present rail system, he said, resembled a rubber diamond with the four points reflecting capacity, reliability, availability (performance) and speed. "Improving one tends to be at the cost of another – it’s like squeezing a balloon."

HS2, a completely new railway, will help to repurpose the south end of the West Coast Main Line, he said. Getting long-distance high-speed trains off this will maximise capacity.

Some 25% of the economic benefits come from this – hence the need for the creation of a new railway connecting major cities to maximise the number of users, McNaughton pointed out. Trains will run at 360kmh (about 224mph), given that the line should be as fast as necessary, not as fast as possible.

In discussion with other delegates afterwards, it seemed the omission of a link between Manchester, Manchester Airport and Liverpool using HS2 (an important part of Northern Powerhouse Rail) from many of the maps shown in presentation was not ominous – people were just not using the latest maps!

To Paraphrase: getting more capacity on the southern part of the West Coast Main Line accounts for 25% 0f the benefits (presumably a much higher proportion for stage 1 to Birmingham). So is Stage 1 really to allow London to tap into a broader commuter belt (ie Brummies to the City)? And can the tube at Euston handle the load withou expensive upgrades (to be added to HS2 costs)?