“If we don’t focus on the grass roots aviation we can’t foster the next generation into aviation." 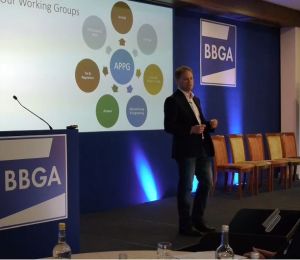 This was the message from the Rt Hon Grant Shapps MP, leader of the All Party Parliamentary Group for General Aviation (APPG-GA) at the annual conference of the British Business General Aviation Association (BBGA).

The APPG-GA is the largest group of its kind in the current Parliament, with 216 members. Shapps, himself a PPL, encouraged delegates to write to their local MPs to join the group.

The gathering covered a number of important issues.

VAT charged on pilot training is something the BBGA would like to see removed. This is £20,000 on top of £100,000 to CPL, which coupled with the requirement for overseas student visas is affecting pilot training in the UK. This he noted is impacting on training and use of local airports and airfields, some 30-plus of which are under threat from housing. Shapps pledged to address this in the EU rules – whether we are in the EU or out!

Keeping small airfields open is important, he said, confirming top of the list is Fairoaks Airport in Surrey, citing its increased popularity for SETops with a number of Pilatus PC-12s flying in and out for business. Shapps was hopeful too that Plymouth City Airport will reopen, along with Manston Airport in Kent, supported by CargoLogicAir. 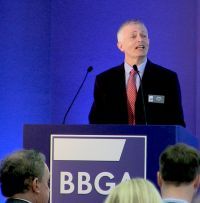 Karen Spencer, chair of the STEM APPG (on Diversity and Inclusion) highlighted bringing aviation to the forefront as a career choice. In the world of education, aviation is often hidden because it cuts across so many different sectors. “Department of Education specialists can’t put you in a neat package or pathway. Work needs to be done on how you become visible as an industry to educationalists,” she added.

A welcome development is that of the new Stansted Airport College, on site at Stansted Airport and backed by Harlow College. Wendy Martin, head of the college, introduced two students who are reaping the benefits from its hands-on training and suggested more businesses come together to create an inspirational aviation hub in their local economies to attract and engage with future generations. “Considering that 90% of our sector is vocationally trained, the academic route has become a small part of the picture,” BBGA CEO Marc Bailey noted.

Roger Gault, board member of Pilot Apprenticeships, Aviation Industry Skills Board, stressed the need to get to young people early. We need to do more to encourage hands-on work experience; get out and talk with schools, he said.

Encouraging young talent is a core pillar of the newly established UK Chapter of Women in Aviation International. At BBGA, led by president Liz Moscrop, with Tessa Naran, FO of Norwegian and Mary Doyle, equality campaigner, they signed 10 new members. More female delegates than ever comprised the 140-strong audience. 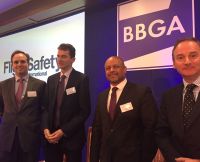 On the weary topic of Brexit, Richard Moriarty, UK CAA CEO and Mike Alcock, head of aviation strategy at DfT, acknowledged they have drafted in 50 more personnel to help with a surge in enquiries. The CAA’s licensing department is experiencing a 10-fold increase in paperwork to move pilots from UK to EU pilot licences. “We have never before been in such a state of instability, said SaxonAir CEO Alex Durand. "We are half in, half out, looking at going back to bilaterals and are seriously looking at our options. If this government was a board of directors, it would not be here today.”

Adrian Whitmarsh, managing director of Premier Aviation, a specialist company in big music tours, said he was sorry his charter brokerage had not awarded long-term tour work to a UK operator of late, citing the uncertainty.

Aoife O’Sullivan, partner at the Air Law firm and panel moderator, noted she had not seen any new requests for business aircraft on to the G-registry in the past 18 months. Rather, there had been interest in other registries, including Ireland.

Newly appointed EBAA CEO Athar Hussein Khan said his association was not talking about Brexit any more, but personally he feared for UK operators in a no-deal scenario. 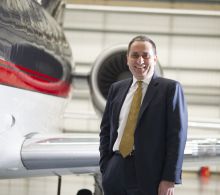 A panel on slots and access, moderated by Jason Hayward, general Manager at Stansted-based Universal Aviation, reiterated it is increasingly difficult to get slots at London’s Luton and Stansted airports. Night-time restrictions meant the only 24/7hr airport in London now is Southend. With RAF Northolt closing from April for six to eight months, there will be more pressure. “The very nature of business aviation being ‘unscheduled’ does not work for our sector,” said Marc Bailey, who advocated a percentage of slots could be ring-fenced for business aviation at slot-allocated airports.

Airport Coordination managing director Edmond Rose said his organisation could not change the rules but urged BBGA to lobby the government and CAA. EasyJet’s delays at Luton last summer, encroaching on slot availability, were caused by ATC, but ACL closely monitors its airlines and if they are not using their slots (under the 80% rule), they will be fined and will lose them, he said.

Nelson Pereira, head of slots desk at NetJets said access was a daily struggle for his organisation, noting the fractional operator is operating less evening flights as a result. 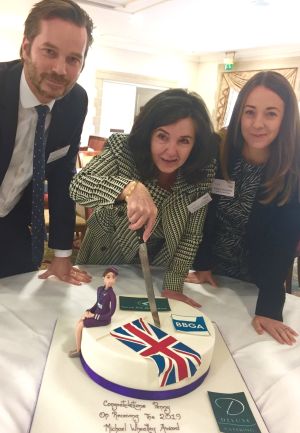 Oxford Airport head of business development James Dillon-Godfray said it could take years and many hours of public inquiries to get opening hours permanently extended. “We can go up to midnight on request, but it is costly with additional rostering fire and fuel cover. In our peak periods, between June and September, it is much easier to justify.”

"At a time of so many challenges in our sector, the role of BBGA as our lobbyist has never been so important", said Penny Stephens, CEO of Inflite The Jet Centre, this year’s recipient of the Michael Wheatley Award for excellence in aviation.

Stephens was recognised for a devoted three decades in the sector, creating and growing, together with her husband Ray, an award-winning FBO and successful independent MRO, specialising in Embraer and Boeing BBJs.

In an example of future-proofing its business, Inflite has just acquired Excellence Aviation, a Bombardier Challenger and Global MRO, which is moving in at the Stansted HQ.

Marwan Khalek, chairman of BBGA these past eight years, whose global business Gama Aviation Plc has been involved with the association for 35 years, originally as GAMTA, announced he was stepping down from the role. Thanking him for his sterling work guiding the association, Bailey said a successor would be confirmed shortly.

Subsequent to this report it was announced in Parliament last week by Defence Minister Tobias Elwood MP that airstrips at Royal Marine’s (RM) Condor, RM Chivenor and MoD Woodbridge would all be retained permanently.  RAF Henlow has had its decommissioning delayed until 2023, while RAF Halton and RAF Colerne have been saved until at least 2025.

“The sites are all the perfect habitat for light aviation and would make valuable additions to the national strategic network of airfields. The Government needs to seize this opportunity.”