An airport lobby group has responded to the start of the High Court legal proceedings by several local authorities against Heathrow expansion with a clear message: “Get on and build the third runway.” 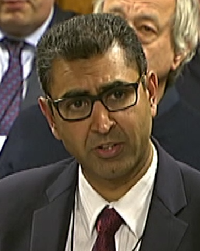 Back Heathrow executive director Parmjit Dhanda said: "This project has been on the starting blocks for decades, and it’s now time to get on. No new runways have been built in London or the South-East since the Second World War.

“Our airports are full, while the new runway project has the capacity to create up to 180,000 new jobs and 10,000 apprenticeships, as well the chance to create new prosperity at a financially-challenging time for our country.”

Dhanda added: “Most importantly, we know from independent polling that more local people support the project than oppose it, and MPs from both sides have backed it by a majority of 296.

“The time is right and the process has been robust. We hope the courts will back democracy and back the needs of our country and let Heathrow create the jobs and prosperity the country needs."

The group says it represents more than 100,000 local people seeking “a bigger, better and environmentally sustainable Heathrow Airport, true to the recommendations of the 2015 Independent Airport's Commission report”.

Scrap the third runway at Heathrow and develop the regional airports so that the excellent A380 can operate from them.