American and United boost for Tokyo

Japan has become flavour of the month for American Airlines and United Airlines with both submitting almost simultaneous applications to the US Department of Transportation to operate additional services to Tokyo Haneda Airport. 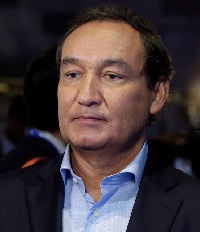 It follows the US and Japan reaching a tentative agreement at the beginning of the year to expand access at Haneda, which would open up to 12 additional daytime slot pairs for US carrier operations.

American’s application is for flights from Los Angeles, where it currently operates one daily flight to Haneda; Dallas/Fort Worth, where it seeks to operate two daily flights,  and Las Vegas, which currently has no service to Haneda.

American president Robert Isom said: “Tokyo is an important hub for our Pacific Joint Business with Japan Airlines. Enhanced service at Haneda would give our customers better access to downtown Tokyo and open up JAL’s domestic network.”

United boss Oscar Munoz said its proposal for flights from five US mainland hub cities and Guam would connect Haneda with 112 US airports, representing some two thirds of US – Tokyo demand, or more than 3m annual Tokyo bookings.