A raid by the Dutch state on a 12.68% stake in the share capital of the Air France-KLM Group has been greeted with concern by the group’s board, which noted there had been no prior discussion on the move. 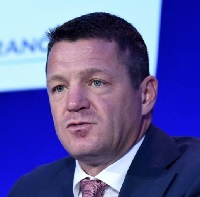 “This acquisition occurs after discussions with all stakeholders including the Dutch state, and the unanimous approval by the Group of the managerial organization under the leadership of Group CEO Benjamin Smith, in a spirit of open dialogue and discussion.”

Amid speculation the move was to shore up KLM CEO Pieter Elbers, the statement continued: “The Group was also ready to confirm to the Dutch government commitments to continue strengthening Schiphol's development as a European hub and to support KLM's development.

“The Board of Directors will closely monitor the consequences of this new participation on the Group, its employees, its governance structure and its market value.

“The Board will ensure that this initiative will not negatively impact the new working dynamic of the Group and its companies, recently initiated by the Group CEO.”

The stake of the Dutch goverment in Air France-KLM has already been raised to 14.0 percent. Finally a very good move overall!