Growing concerns in the travel industry over the possibility of a no-deal Brexit have been highlighted in a letter to the prime minister and other senior officials from ABTA chief executive Mark Tanzer. 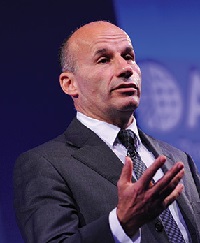 Recipients included the secretary of state for exiting the EU, Shadow ministers and select MPs in a bid to stress to the government and the EU the industry’s priorities, support consumer confidence and support ABTA members with contingency planning.

Tanzer said: “While I acknowledged that there has been progress in certain areas covering the immediate impacts of a no-deal, especially for aviation, there are policy matters of critical importance that have not been resolved.”

He added: “The purpose of the letter was to ensure awareness of the very detrimental short-term impact of leaving the EU without agreement on the arrangements that will succeed the status quo.

“ABTA continues to meet and speak with officials from different government departments daily, stressing the need to address matters where lack of clarity is already damaging businesses and seeking clarification on the issues which affect travellers."

ABTA is now running a new marketing campaign directing travellers to a Brexit advice page and has issued an updated version of its contingency planning guidance for members.

What is this guy saying here? Which 'certain areas?', a 'lack of clarity' about what? His organisation's own 'advice page' says "no problem". Project Fear.