Tuesday 19 March has been set for the closure of Eilat Airport, in the centre of the town, and the opening to airlines of Ramon International (IATA code ETM / ICAO code LLER), 18 miles north on Highway 90, which leads eventually to the Dead Sea and onward to metropolitan Israel.

For the first two weeks, only domestic flights will operate but on 2 April, Ovda, a joint military base, will close for civil traffic and non-stop services to various European destinations from Ramon begin, including Wizz to Luton.

Up to 16 Tel Aviv flights daily are planned, with Arkia serving both the domestic terminal at Ben Gurion and the little Sve Dov airport on the northern coastal extreme of the city. Israir also offers limited services to Sve Dov only. Arkia has also just started its summer programme to Stansted, operating three times weekly to Ben Gurion.

"Planes will come here from the south, from the east and from the north. This is a huge change in Israel's accessibility and its international standing," Israel prime minister Benjamin Netanyahu said at the airport's official opening ceremony back in January. www.ramon-airport.com 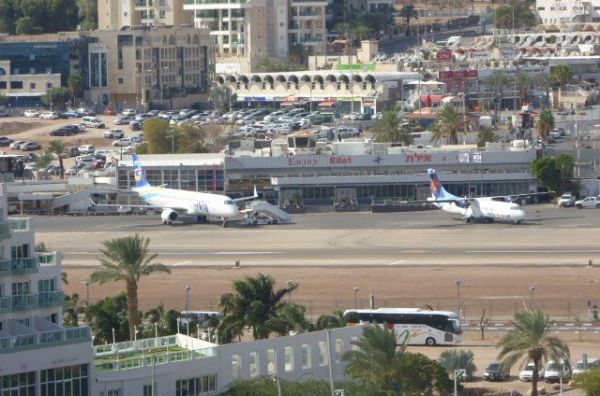 I remember several times landing at the old airport and walking to my hotel from the airport! Those were the days!