A new hub for European services is being opened this summer at Budapest Airport by LOT Polish Airlines in what officials described as a significant commitment to the future of the Hungarian gateway’s network development. 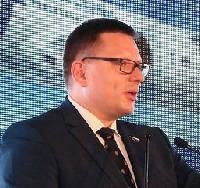 A member of the Star Alliance, LOT has confirmed it will base one aircraft and add two further routes from Budapest to become one of the main hub airlines at the airport.

Beginning 12-times-weekly operations to both Brussels and Bucharest from 2 September, LOT’s high-frequency service will utilise the carrier’s three-class Embraer E195s.

The airline said the services would target mainly business passengers wanting to travel between the capital cities as well as onward connections, including the carrier’s pivotal long-haul routes to New York and Chicago from Budapest.

CEO Rafael Milczarski said: “LOT continues to grow in Budapest as we announce more new direct flights to important cities in Europe and the world. After London City, it will be time for services to Brussels and Bucharest, the capitals with so far under-served connections by a full service airline.”