Loganair yesterday stepped in to secure three key air routes from Aberdeen to Bristol, Oslo and Esbjerg after East Midlands-based British Midland Regional, which operated as flybmi, announced late on Saturday it had ceased operations and was filing for administration. Both companies are of part of Airline Investments Limited (AIL), whose major shareholders are Stephen and Peter Bond.

Flybmi said its action had been “unavoidable” after the airline had faced difficulties including increases in fuel and carbon costs. A spokesman said the latter had arisen from the EU’s recent decision to exclude UK airlines from full participation in the Emissions Trading Scheme.

The airline said these issues had undermined efforts to move into profit. Current trading and future prospects had also been seriously affected by uncertainty created by the Brexit process, which had led to an inability to secure valuable flying contracts in Europe.

It had also led to a lack of confidence around bmi’s ability to continue flying between destinations in Europe, while the flybmi situation mirrored wider difficulties in the regional airline industry which had been well documented, the company added.

The CAA was swift to issue advice to passengers on what to do next, while pilots’ union BALPA regretted it had had no prior warning or information from the airline. General secretary Brian Strutton, said: “The collapse of flyBMI is devastating news for all employees. Our immediate steps will be to support flyBMI pilots and explore with the directors and administrators whether their jobs can be saved.” 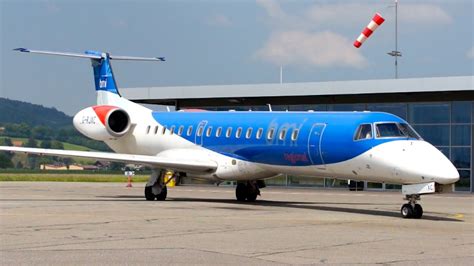 Of course Brexit’s a factor. How could the slide of the pound during nearly three years of Brexit uncertainty not affect a company trading internationally, whatever their other failings or circumstance.

Brexit uncertainty, caused by the PM, is what tipped them into this situation.

So so easy to blame Brexit for everything.

I too am heartily sick of seeing Brexit blamed for anything from the weather to Donald Trump's latest outburst. Airlines fail because of all or any of : poor management, corruption and fraud, or failure to manage revenues vs costs.

If they had been concerned about Brexit they could have applied for an EU licence, as everyone else in their situation has done. With no accounts at Companies House since March 2017 it is impossible to know how bad their financial position was, it is obviously very opportune to have shareholders who happen to own another airline that can step in and take forward bookings.

So much for the project fear irresponsible commentators were talking about.

This swirl of nonsense about Carbon emissions and Brexit bringing down an airline is utter rubbish. Look to the management structure and whats happened since some fine management left. Shame.