MPs from across the political spectrum have come together to form a new All Party Parliamentary Group (APPG) to urge the government to cut the rate of Air Passenger Duty (APD), the highest tax of its kind in the world. 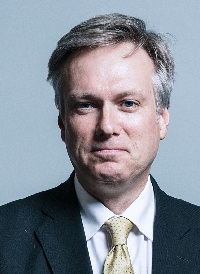 Noting the levy is more than double that of the UK’s largest European trading rival, Germany, members of the group say a cut would “allow the UK to compete on a level playing field with our European counterparts, boosting tourism, trade, jobs and growth”.

Group chairman Henry Smith MP, whose constituency includes Gatwick, said: “As the UK leaves the EU and looks to forge a new identity as a global nation, it is critical we have a tax system that reflects that. A significant reduction in the APD would signal the UK is open for business.”

A spokesperson for the Fair Tax on Flying campaign said: “A cut is long overdue and many MPs across parliament recognise it would significantly boost the connectivity of UK airports and dramatically improve the competitiveness of UK airline routes.”