The economy in focus at ACI talks

Global economy shifts and the urgent need for infrastructure investment form the background to discussions at the Airports Council International’s 11th annual Airport Economics & Finance Conference in London from 12-14 March. 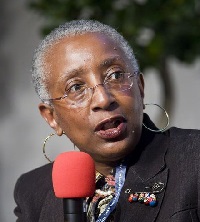 Organisers say the event, at the Radisson Blu Portman Hotel, will also reflect “the ever-changing landscape of air transport” under the theme ‘Paradigm Shifts in Infrastructure Development & the Airport Business’.

The formal part of the conference opens on 13 March with dedicated presentations by three ACI directors-general – Angela Gittens of ACI World, Olivier Jankovec of ACI Europe and Patti Chau of ACI Asia-Pacific.

Key topics under discussion include the ‘fork in the road’ on the eve of Brexit; the state of the airport industry in Europe, Asia-Pacific and at global level; and economic regulation in the era of airline consolidation and airport competition.

Also on the agenda are sessions on roadmaps to manage scarce capacity and the economics and politics of airport slots; competing for passengers – route development and incentives; and crafting concession agreements in foreign countries.

ACI World will also publish the preliminary 2018 world airport traffic rankings, while the conference will again be preceded by a special ACI-World Bank Symposium on 12 March.