The UK government is being urged to lend financial support for what could be the last aviation event of its kind when a formation of World War II aircraft return to Normandy this year to mark the 75th anniversary of D-Day.

More than 35 DC3/C47 Dakota transport aircraft (Dakota was the RAF designation) will fill the skies over south-east England and northern France between 2-9 June, recreating the air assaults that supported the Allied invasion of Europe in 1944.

The anniversary event forms a key part of commemorations spearheaded by the Imperial War Museum (IWM), with the UK’s All-Party Group for General Aviation (APPG-GA) calling for ministers to back the project, called Daks Over Normandy.

After meeting with the organisers, APPG chair Grant Shapps said: “This extraordinary event will be a spectacle the likes of which hasn’t been seen in a generation and probably won’t ever be seen again.

“It is important young people today are able to see these aircraft flying so they can get some glimpse of what it would have been like for young people who went off to do it for real 75 years ago.”

The formation will be the largest assembly of flying Dakotas since the war. The aircraft will be at IWM Duxford between 2-5 June before moving to Caen Carpiquet Airport in Normandy until 9 June. (See also ‘AND FINALLY’ in this issue). 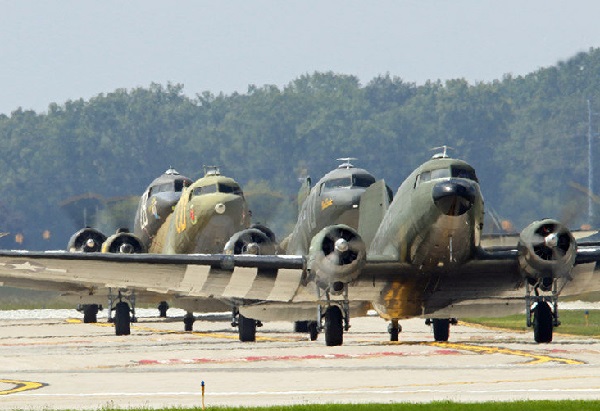