In another Euro-airline collapse, the increasing cost of fuel and current strength of the US dollar were blamed last week for the failure of the German carrier Germania, which announced it was terminating all flights and filing for insolvency. 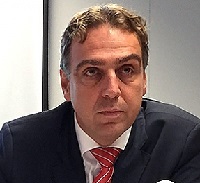 The company said it made the decision after plans to resolve problems with an injection of €15m (about £13m) failed to materialise. Sister company Germania Technik Brandenburg is also affected but other subsidiaries including Swiss carrier Germania Flug are not.

Chief executive Karsten Balke, said: “Unfortunately we were ultimately unable to bring our financing efforts to cover a short-term liquidity need to a positive conclusion.

“We very much regret that consequently our only option was to file for insolvency. It is of course the impact that this step will have on our employees that we regret the most.”

The latest setback for German aviation follows the collapse of the country’s second-biggest operator Air Berlin, which filed for insolvency in August 2017 and halted operations two months later. Many of its routes were picked up by easyJet.