Qantas has appointed Anna Pritchard as its new regional general manager for the UK, Europe, Middle East, India and Africa. She takes over from Markus Svensson who has returned to Australia in a new role as executive manager partnerships and international strategy. 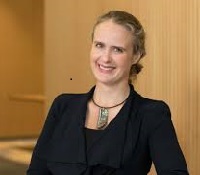 Pritchard has been with the Australian flag-carrier for over eight years and was previously regulatory head of legal and assistant company secretary, with extensive experience in managing the airline’s alliances and commercial partnerships.

She joins the London team at an exciting time as the airline prepares to celebrate its centenary next year and progresses the Project Sunrise plan to fly non-stop between London and Australia’s east coast of Australia in 2022.

Pritchard said she was looking forward to strengthening the Qantas brand and its relationships while continuing the momentum begun over the past 18 months with a new lounge at Heathrow and the launch of the non-stop London – Perth service.

She added: “We are also continuing to expand our reach with our airline partners, launching new codeshare agreements with KLM and Air France to add to our extensive codeshare network across Europe and the Middle East with Emirates.”