The launch of a new state-of-the-art passenger terminal at Addis Ababa Bole International Airport and the official opening of a new ultra-modern 5-star hotel, the Skylight, have given Ethiopian Airlines a double cause for celebration.

GebreMariam noted that with Addis Ababa overtaking Dubai as the largest air transport crossroads between Africa and the rest of the world, the terminal was further evidence of Bole Airport’s growth as one of the largest and most convenient global aviation hubs.

“The new US$363m (about £280m) passenger terminal will help to serve the huge increase in volume through and into the airport driven by its strategic location and Ethiopian Airlines convenient connectivity options,” he added.

Next to the airport, the airline-owned Skylight Hotel houses 373 guestrooms and executive suites, four restaurants including the largest Chinese restaurant in Africa, two  bars, five meeting rooms and a 2,000-capacity conference hall. 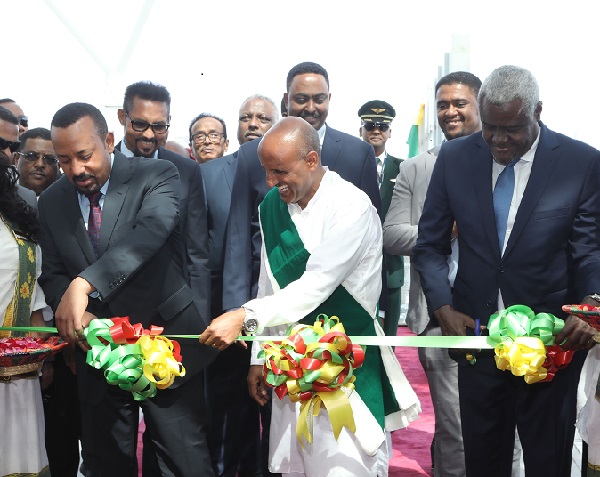