In a double challenge to competitors, a new aircraft is joining United Airlines and the carrier is introducing more than 1,600 United Polaris Business Class and United First seats on nearly 250 international and domestic members of the existing fleet. 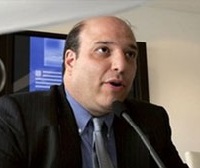 United says it is out to “revolutionise the regional flying experience” by introducing the two-cabin, 50-seat Bombardier CRJ 550, which it claims will offer passengers more legroom, storage and amenities than any other in its class.

The carrier says the seat development is the next step in its commitment to “making more customers more comfortable”.

Chief commercial officer Andrew Nocella said: "In an era where many airlines are adding seats to their aircraft to crowd more passengers on to the plane, we're re-configuring our aircraft and doing exactly the opposite.”

"From adding more premium seats on some of our most travelled routes, introducing a revolutionary, best-in-class 50-seat experience or offering free DIRECTV on more than 200 aircraft, we are committed to making United the airline our customers choose to fly."

United says it expects to launch the CRJ550 by the end of this year in a two-cabin configuration with 10 United First seats; 20 Economy Plus seats and 20 Economy seats.