The future of low-cost long-haul pioneer airline Norwegian Air Shuttle was uncertain at the weekend after British Airways and Iberia parent company International Airlines Group (IAG) said it would not make an offer for the carrier. 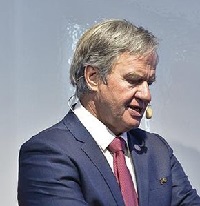 Norwegian remained defiant but saw its shares fall by 21% after the announcement, with IAG also saying it was planning to sell its remaining interest in the airline. IAG acquired a 4.61% stake in Norwegian last April, saying the investment was “intended to establish a position from which to initiate discussions”.

IAG announced the sale in a stock exchange statement, saying: “International Airlines Group (IAG) confirms that it does not intend to make an offer for Norwegian Air Shuttle ASA (Norwegian) and that, in due course, it will be selling its 3.93% shareholding in Norwegian.”

Norwegian chairman Bjørn Kjos responded: “Norwegian’s plans and strategy remain unchanged. The company’s goal is to continue building a sustainable business to the benefit of its customers, employees and shareholders.”

Among media comment last week, The Independent noted that Norwegian "has long been regarded as a thorn in the side of IAG, because of its network from Gatwick which competes on many routes".

Norwegian has provided some much needed competition to BA on long haul services out of Gatwick. As a regular customer long may that continue.