New figures showing the proportion of passengers using public transport to reach Heathrow, Gatwick and Luton has declined over the past few years (BTN last week) have been branded a wake-up call by a rail lobby. 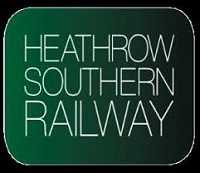 The warning came from the chief executive of Heathrow Southern Railway Ltd (HSRL), an independent venture seeking to establish a new link to Britain’s busiest airport.

“This is especially important given the levels of road congestion around the existing two-runway Heathrow, which are bound to increase further as a result of the planned expansion unless rail connections are enhanced.”

He added: “To maintain momentum on scheme development, we need the Department for Transport to move quickly to start a process resulting in the identification of a preferred developer.”

Heathrow has said it supports plans for a southern rail access but “we’re not yet picking a winner from the various options”.

Intriguing. According to ORR station usage statistics (which cover financial years), use of airport rail stations between 2012/3 and 2017/8 has increased massively - 32% at Gatwick, 38% at Southend, 59% at Luton and 142% at Stansted (data are not given for the Heathrow stations). OK, these are for all rail users and not just departing air passengers. But they do look odd by comparison with CAA's figures.