Further cooperation on the world stage is being planned between British Airways and China Southern Airlines after the two companies signed a Memorandum of Understanding (MoU) in London last week. 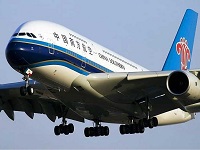 The carriers say they will expand the current codeshare agreement on each other's networks this year and implement reciprocal frequent flyer benefits (FFP) to give an improved customer offering.

The move has increased speculation China Southern could join the oneworld alliance, of which BA is a member. The Chinese carrier joined Skyteam in 2004 but said in November it was discontinuing its membership from 1 January 2019.  (see BTN 19 November 2018)

The new deal will see codeshare cooperation on flights operated by BA and China Southern between the People’s Republic of China and the UK, as well as expanded codeshare on each other’s respective domestic networks.

The airlines began cooperating in 2017 and currently codeshare across 10 routes, including the China Southern-operated Shenyang/Harbin/Changchun – Shanghai and Dalian/Changchun – Beijing flights.

In BA’s case, the routes involved are those linking Edinburgh, Glasgow Manchester, Newcastle and Belfast with Heathrow.

China Southern is China’s largest carrier with 840 aircraft and more than 100,000 employees around the globe, ranking No 1 in Asia and No 3 in the world for fleet size.