Competition on the London – Tel Aviv route is set to increase later this year with plans by Virgin Atlantic to launch an Airbus A330 service following the appointment of Israeli Shai Weiss as CEO. 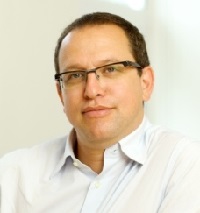 Israel tourism officials said the airline was hoping to promote the idea by taking British and European fans of the Eurovision Song Contest to the 2019 final, which is being held in Israel in May, followed by an official launch later in the year, possibly in September.

Preliminary informal talks are understood to have been held in November at the IATA conference in Madrid. Israel Tourism now says Virgin will meet in Israel “in the coming weeks” with the Ben Gurion Airport authorities “to prepare and finalise the information for the new flights”.

Speculation about the new service has been fed by the fact Virgin is ending flights to Dubai at the end of March, so may have a free aircraft available for a new route, though it could be redeployed elsewhere, such as increasing services to Boston.

London – Tel Aviv is competitive. Both British Airways and EL AL have multiple flights each day on the route, using Boeing B787 Dreamliners. There is also low-cost competition from easyJet and Wizz who fly to Tel Aviv from Luton.