Increased competition is on the way on the important business routes linking Australia and the US as United plans to go head to head against Qantas on direct flights between Melbourne and San Francisco from October next year.

United, a member of the Star Alliance, already operates on Sydney – San Francisco and like Qantas, a oneworld member, will use the B787-9 Dreamliner on the new Melbourne route. Flying time is 14hr. United is planning on upgrading the aircraft with its new Polaris Business Class (below).

Return flights will depart San Francisco, where Business Class passengers can use the Polaris Lounge, in the late evening on Tuesdays, Thursdays and Saturdays, arriving in Melbourne in the morning two days later.

United has also announced it is extending its current seasonal Boeing B777-200ER service between Auckland and San Francisco to operate year-round from 30 March next year.

The moves are part of United’s largest international network expansion so far from its San Francisco hub. Toronto, New Delhi and Seoul are among other destinations involved. 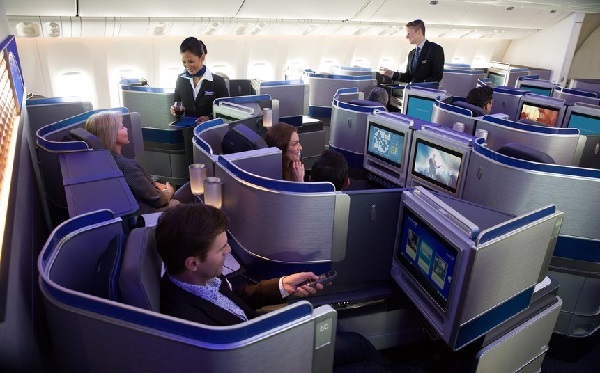