A “travel tax” being considered by Westminster and Camden councils in London has come under fire from industry executives with a warning it could damage what Travelodge called “one of the UK’s most critical industries”. 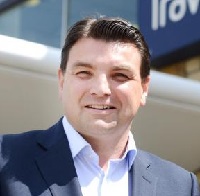 Alarm bells sounded after the Conservative-led Westminster council said it was considering a new levy on hotel guests at hotels. There were no details of charges but Labour councillors were said to think £25m a year could be raised.

Travelodge chief executive Peter Gowers said: “It is vital that we don’t do anything to damage one of the capital’s most critical industries, especially with all the uncertainties facing the economy.”

UK Hospitality trade body chairman Nick Varney added: “We are only just recovering from terrorism and the strong pound. Add Brexit, double the VAT of other EU countries and Byzantine visa requirements for Chinese tourists, and we are not exactly welcoming.”

London mayor Sadiq Khan last year backed the idea of a tax which would cost visitors £2.50 a night on all hotel stays in the capital, which he said would bring in £100m a year across London.

Westminster city council deputy leader Davd Harvey told the Evening Standard no taxes were imminent because of Brexit uncertainty, but he refused to rule out the move.