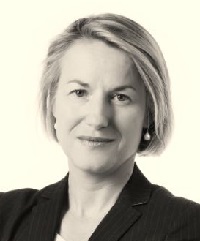 Previously the executive vice-president for customer relations, Rigail takes over from Smith, who was appointed acting CEO of Air France after the resignation in September of Franck Terner (BTN 1 October).

Rigail, 49, joined Air Inter in 1991 but switched airlines five years later when she was appointed head of Air France customer services at Paris-Orly. She has also served as EVP In-flight Services in charge of cabin crew and became EVP Customer in 2017.

Smith said of the appointment: “I have complete faith that Anne will succeed in transforming Air France. Together with Pieter Elbers, president and CEO of KLM, the Air France-KLM Group is taking an important step to reconquer its market position."

Rigail added: "I will continue to dedicate all my energy and effort into ensuring the success of my colleagues and of Air France. I have confidence in Benjamin's winning strategy and I share his enthusiasm in expanding the Air France brand around the world."