On behalf of IATA, director-general Alexandre de Juniac welcomed journalists from all over the world to the organisation's 15th Global Media Day in Geneva last week.

De Juniac said: “Today 12m travellers will be transported safely by air. Similarly, 180,000 tonnes of cargo will be delivered by air. Nearly 3m people earn their keep by working in the industry. About a third of global trade by value relies on air – that’s $20bn a day.”

The IATA boss also pointed out aviation was a very relevant part of the global economy. “Approximately 1% of global GDP – some $900bn – will be spent on air travel in 2019. And that is money well spent,” he added.


An enthralling day covered a huge range of topics, perhaps too much to comprehend in one go. Airport privatisation, baggage, seamless travel, digital transformation and new distribution capability were only some of the topics covered.


And also Brexit, and what was supposed to be an ‘off-the-cuff’ briefing in a separate hall. Virtually everyone tried to squeeze in.

“There is no World Trade Organisation fall-back for aviation in the event of a no-deal Brexit," de Juniac said. "So it is good news that the UK is making progress on renegotiating bilateral deals with non-EU countries and that it is discussing contingency measures with the EU."

(BTN plans a more thorough ON TOUR review early in the New Year.) 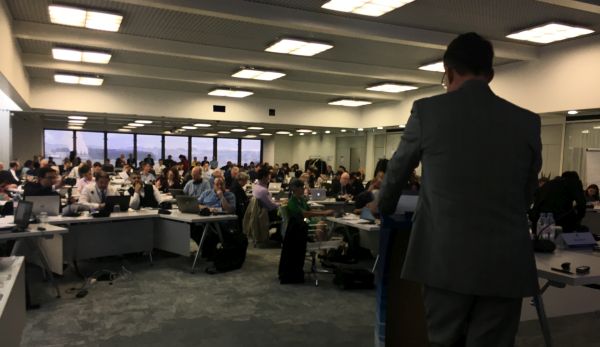