Next Friday (21 December) will see a showdown between London mayor Sadiq Khan and London Assembly Transport Committee chair Caroline Pidgeon with an extraordinary public meeting at City Hall over the Crossrail delay. 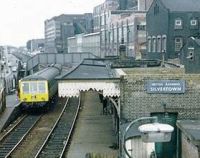 Khan says he was not aware of the delay until 29 August and Pidgeon claims he was “definitely told” of a likely delay on 19 July.

Khan is the former Labour MP for Tooting while Pidgeon failed (against Kaye Hoey) in her bid for Parliament and also in the mayoral election. She owes her present position to the retirement of Labour’s Valerie Shawcross.

Transport for London (TfL) commissioner Mike Brown has been summoned. Former Crossrail chairman Sir Terry Morgan, who has now resigned that post, is also on the list but may not attend in view of his changed circumstances. It promises to be a lively debate.

The chances of the Silvertown for London City Airport station being raised at the committee meeting seem slim, though members will have a chance to ask questions. In a one-to-one session with Business Travel News, Pidgeon refused to pass on the station suggestion to the mayor.

With a further delay on the project announced last week (it could be two years), a window of opportunity is open for the station being considered. It is not known if the mayor is aware of the scheme, the cost of which is minimal compared to the overrun.