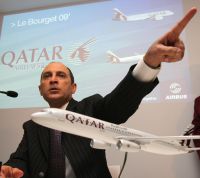 QATAR AIRWAYS is to serve Copenhagen and Barcelona from the start of the summer season 30 March.  With the Danish capital it will four flights a week considerably increasing its Scandinavian presence, the established route to Stockholm expanding to a daily service.  Barcelona will become Qatar Airways second city served in Spain, after Madrid, with daily flights. News of the routes announcement comes just days after the airline unveiled plans to launch flights to Bengaluru, Bangalore (southern India), the Turkish capital Ankara and Japan's capital city of Tokyo over an eight-week period starting in February 2010.  The airline also plans to launch flights to Sydney, its second Australian destination, during 2010. www.qatarairways.com