Five of the 10-strong fleet of Airbus A380s at Air France are to be retired after a review ordered by Air France-KLM group CEO Benjamin Smith as part of his plans to streamline the airline. Smith took office on 30 September. 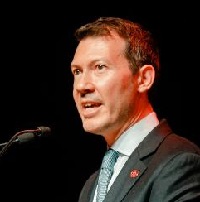 Air France’s A380s are comparatively new, with an average age of less than eight years but the cabins, particularly in Business Class, are considered outdated compared with the airline’s new Boeing B787-9s and 44 refurbished Boeing B777s including 25 Dash-300s and 19 Dash-200s.

Smith’s tenure at Air France has already included agreeing a new staff pay deal with unions representing more than 76% the airline’s employees. It followed a series of strikes during the first quarter of this year which disrupted operations and led to a drop in profits of more than 81%.

Other plans Smith is said to be working on include streamlining the Air France-KLM merger which took place 14 years ago, with possible implications for the Air France Low-Cost Carrier (LCC)  subsidiary Joon.

What a non-surprise, in some ways. The French drove Airbus to ever-greater objectives, although the American John Leahy was apparently behind it…after a transatlantic crossing on a spacious cruise ship. After the A340's recognised failure, one can only hope that the A350 will live up to its promise, and the A320 keeps charging along like its competitor, the B737, as the workhorse(s) of the aviation industry.