The UK Airport Operators Association (AOA) is seeking a new chairman after Ed Anderson said he is standing down at the end of his current term at the annual general meeting on 5 March next year, after 11 years. 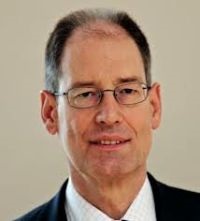 His aviation career began 37 years ago when he became assistant airport director at Leeds Bradford. He was deputy chief executive at East Midlands Airport from 1987 to 1990 and CEO of Leeds Bradford from 1997 to 2007.

In addition to aviation, Anderson, who became AOA chairman in 2008, has also had successful careers in local government, higher education and financial services. He was appointed lord lieutenant of West Yorkshire by the Queen in September this year.

He said: “I have greatly enjoyed working in aviation over these past 37 years and proud I will leave the AOA in such strong shape, as the premier lobbying and representative body in the sector.”

AOA appointments and remuneration committee chairman and London City Airport chairman Robert Sinclair added: “Ed has been an outstanding chairman, raising the profile of the UK airport sector and representing its interests throughout all levels of government.

“The board, member airports and partners of the AOA record their sincere thanks for his commitment, enthusiasm and dedication to our industry.”