The fate of Flybe, which put itself up for sale on Wednesday, hangs in the balance with the main investors reported to be continuing to divest their holdings after the airline issued a profit warning and poor second-half results. 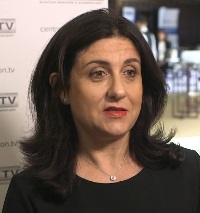 Exeter-based Flybe, the largest independent regional airline in Europe, said in its midweek announcement it was looking for a buyer as part of a strategic review and was in talks with “a number of strategic operators”. It blamed falling profits, weaker sterling and rising oil prices.

Flybe also noted "Brexit remains a major uncertainty for the sector and the wider economy. In relation to aviation, the various government papers set out the issues facing the industry and failure to reach an agreement may put at risk, or damage, parts of the business.”

Ryanair and easyJet have emerged as possible bidders, along with the Stobart Group, which owns Southend Airport. Flybe rejected a Stobart offer earlier this year but there is speculation the group could try again.