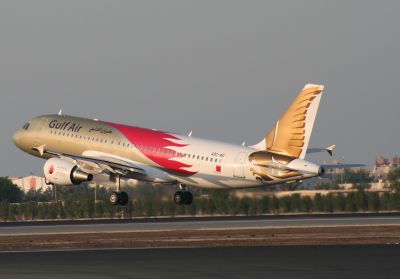 The Middle East region has witnessed unprecedented growth within the commercial and private aviation sectors over the past decade and this is forecast to continue at a similar rate well into the next decade.

The Kingdom of Bahrain is determined to be part of this expansion and is not only developing the main international airport in order to cater for 20m passengers per annum by 2015 but is also encouraging the aerospace industry to develop on the island.

Bahrain sits at a most convenient location in the Arabian Gulf, connected by a causeway to Saudi Arabia and within a short flying time of the major cities in the region.  The new Bahrain International Airshow (BIAS) is part of this investment.

Networking may be the latest in-phrase but let’s face it, it is nothing new.  People have been getting together for political and commercial reasons since Roman times, and probably Greek too.  And the bible tells us that Jerusalem was a centre of gossip and talk.

In the 20th century the motor shows came along quickly followed by the Paris Salon for aviation types.  After the Second World War the British developed the Farnborough Airshow model and now the international flying world also gathers at Berlin Schönefeld (newly named Willy Brandt), Dubai and Hong Kong plus at a host of other minor events.

Bahrain has limited oil and gas reserves and is a collection of causeway-linked islands covering 257sq miles, or about the area of the Isle of Man.  The population is something less than one million split 50/50 between ethnics and expatriates, mostly from the Indian sub-continent. 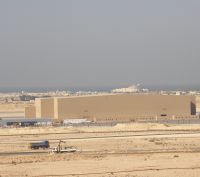 Down the road Abu Dhabi has a World Championship Formula One event.  Dubai we have mentioned.  What the Islamic Kingdom has done is to out-manoeuvre its two near neighbours.  In 2010 it will not only have a Grand Prix but a major aerospace gathering too.  When you have the money, and the site, plus the wherewithal you can do these sort of things.  Joining the list 21-23 January 2010 is the Bahrain International Airshow.


The Sakhir Airbase
The 2010 Bahrain International Airshow is different.  The three-day event hosted at the Sakhir Airbase, a little over 30 minutes drive from the international airport, is a unique and innovative concept.  Not for them endless chalets and an (expensive) indoors display area.  Together with the same team that organises Farnborough the Department of Civil Aviation Affairs, Kingdom of Bahrain, has in a little over two years put together a show with a limit of just 40 exhibitors, each with their own chalet.  There is plenty of apron space for aircraft to be parked and also an outside display area. 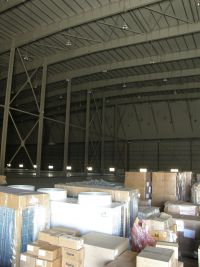 The contract for the main exhibition site was not signed until July 2009 but in a mid-December visit AERBT was told that BIAS was on time and on budget.  For a fee of just US$155,000 exhibitors gain a fully fitted stand, site hospitality for the entire show (except for liqueurs – and no problem here – the Bahrainis are very pragmatic) and all the minor items that such a gathering needs, typically a car and driver is provided, plenty of entrance tickets are supplied, and there are two daily passes to the Royal Pavilion.  Gulf Air, repositioning itself as the airline of Bahrain rather than the Emirates, has come in as a part sponsor.  The Ritz Carlton is providing catering.  Everyone is going to be very well looked after.

All the big players
No wonder all the big players in aerospace, both civil and military, have rushed to take part – airframe makers such as Airbus, Boeing and Lockheed Martin; BAE Systems, who don’t actually make aircraft but are a massive defence contractor in the US and UK; and Cessna, Hawker Beechcraft and Gulfstream, makers of executive jets; Bell and Sikorsky represent the world of helicopters.  It is both an armed forces and commercial aircraft gathering.

Sakhir Airbase can be compared to London’s Northolt Airfield, a sort of little sister to the major gateway just down the road.  And just like Heathrow to Northolt the flight paths do not clash. 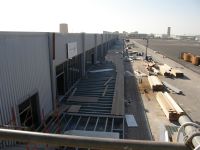 Essentially it is a little used military transport airport, and for the future the home of Bahrain’s Royal Flight.  A massive hangar has been built capable of holding two Airbus A380s, there is a 3000m runway, and also, and somewhat inconveniently, a military camp, out of bounds to all and sundry.  It also adjoins the Bahrain Formula One circuit with the first round of the 2010 series due to take place less than two months after the show.  A pair of temporary grandstands from the circuit will be moved to the Airshow area to provided 2,000 seats of accommodation for the three-hour flying display planned for each day.

British companies
Two British companies are responsible for the construction of the exhibition site on what was undulating desert wasteland on the edge of Bahrain City.  Combined as ArenaLea they are Arena International Events Group, exhibitor contractors of renown, and Lea International whose airshow experience includes both Paris and Farnborough.  ArenaLea will undertake three events, in 2010, 2012 and 2014. 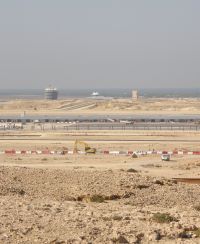 Some 200 tonnes of steelworks are involved with the construction and the landscaping involved the excavation of 600,000 cubic metres of earth including 425,000 cubic metres of which was rock which has now been crushed and is being put to use as fill elsewhere.  With the Formula One circuit so close access is no problem, dual carriageway as a minimum all the way from the airport.

Three gates are provided, one for VIPS, one for exhibitors and another trade visitors.  Bahrain has a very close eye on security but the way things are done can be gauged from the arrival experience.  AERBT was landside within ten minutes of the touchdown.  At Heathrow for the return journey it took 40 minutes from runway 27L until the air bridge was actually in place.  And then it was a march through T4.

The 40 chalets and other structures have all been constructed to a high quality and are permanent.  There is talk of using the airshow facilities during the Grand Prix and other events as hospitality units but any decision will be left until the show is over.

There is a fully air conditioned reception area, a restaurant for those not invited into a chalet, and also a media centre.  Aircraft on display at the show, and those bringing in visitors, will be able to bypass the international airport.  The A380 hangar is being utilised as a customs and immigration post.  It can’t be easier to fly in using your personal jet.

Overlooking the site is a Hummer off the road training track.  Both the Hummer course and the motor racing circuit have open days when members of the public can try their skills.  The desert Hummer course looked particularly daunting and can be considered as an ultimate motoring experience.

Public area
Completely separate from the main chalet line and the outdoor display exhibition is a public area with a heritage fort, catering and a large fun fair.  Access is via a specially developed gate.  Bahrain has no public transport to speak of and everyone will be coming by road.

Following a recent planning visit to the site, Farnborough International Ltd Exhibitions & Events Director Amanda Stainer commented: “Work is coming on extremely well at the site.  One of the ways in which we keep participants informed as to how the build is progressing is via a time-lapse camera, which can be viewed via the show website, so that interested parties can literally watch the show as it comes together.  We are certain that this will be well received among show participants because through our contact with them, we know that they are as excited about this inaugural event as we are ourselves!”

On the same visit, His Highness Sheikh Abdulla bin Hamad Al Khalifa also highlighted the positive impact of the show on the national economy of Bahrain and said that the Royal family looked forward to demonstrating the country’s capability for hosting a world-class aerospace event.

What has been achieved in such short a window is quite remarkable.  Hundreds of palm trees have already been planted.  These will mature over the years.  Most of the roads are now completed and during the AERBT visit an enclosed walkway behind the chalet line was being completed.  Once fully air conditioned it will link the individual chalets to the Royal Pavilion and each other.  Everything is permanent.  Planned to take place early in the year, biannually, The Bahrain International Airshow intends to quickly establish itself in the diary as a serious place to exhibit and be seen.