Investors in Mexico City’s new Norman Foster-designed airport at Texcoco said last week they are planning legal action by the end of this month after Mexico’s new president cancelled the $13.3bn (€11.4bn) project following a referendum.

Construction has been under way since 2015. The complex (below) is two-thirds complete and $6bn in bonds have already been issued by the airport’s state-owned operator GACM. It has been Mexico’s biggest public-works project to date.

President-elect Andrés Manuel López Obrador, who takes office on 1 December and made scrapping the airport one of the planks of his election campaign, is already facing fierce criticism of his decision to honour the outcome of the referendum.

Mexico City’s existing gateway, Benito Juarez Airport, is notoriously overcrowded and business leaders are prominent among those who have criticised the vote, saying it was organised and funded by the ruling party and collected only 1.07m signatures.

Texcoco was designed to accommodate 120m passengers, making it the largest airport in the Americas. Benito Juarez last year handled 47m. Lopez Obrador is now said to favour developing a military base for the new facility.

Lopez Obrador, who won a landslide victory, campaigned on an anti-corruption platform that branded the Texcoco project an “emblem of graft”. Environmental issues added to the criticism. 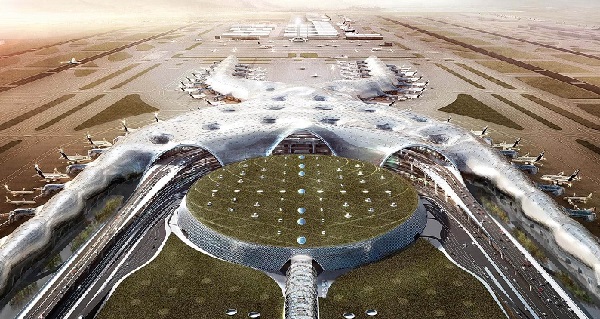