In a major cost-cutting move which could have implications for Belfast, Canadian aircraft manufacturer Bombardier said last week it was selling its Q400 regional turboprop programme to Longview Aviation Capital for $800m. 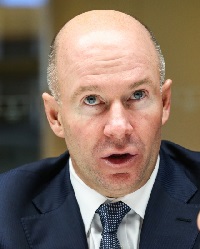 Longview is the parent company of Canada’s Viking Air, which previously acquired the rights to out-of-production de Havilland Canada aircraft. Bombardier said the de Havilland trademark was also being sold to CAE for a reported $300m.

The company, which has a large presence in Belfast, said it was also undertaking what it called a “right-sizing” exercise, involving shedding 5,000 jobs worldwide over the next 12-18 months, though it did not say where the cuts would fall.

Bombardier CEO Alain Bellemare said the company “will continue to actively participate in the regional aircraft market with the scope-compliant CRJ while we explore strategic options for the programme”.

A supporting company statement said the actions were part of a strategy designed to focus on growth opportunities in the transportation, business aircraft and aerostructures segments.