Andrew Bell is chief executive of Regional & City Airports (RCA). In this ON THE SOAPBOX, based on his speech at this year’s Airport Operators Association (AOA) conference, he calls on the aviation industry, alongside the government, to help support its post-Brexit vision of turning the UK’s regional airports into free ports, in order to guarantee the continued success of the sector. 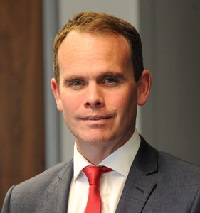 Adopting a post-Brexit free port strategy, which covers regional airports, would ensure a continuous flow of vital goods and trade across the whole of the United Kingdom. Such a measure would provide a much-welcomed business boost to regional airports, many of which currently operate on a marginal basis. Free port status would help ensure their long-term survival and enable greater investment, even opening up the potential for new passenger routes internally and abroad.

What is clear is that following our departure from the European Union, the UK government should have the ability to establish its own trade and customs policy. This freedom includes the ability to set tariffs, including different duty rates for certain goods, or in certain areas.

Within that there is the option to create ‘free ports’ – where goods entering and exiting a designated zone would not be subject to any tariffs or, if they are, can be offered at a discounted rate. Anywhere can be selected as a free port and Britain’s regional airports offer a compelling case.

Designating regional airports as free ports would also attract new investment into local areas and further the government’s own goal of addressing the geographical imbalance in economic growth.

We have had the Northern Powerhouse and the Midlands Engine, so why not the Regional Airports Accelerator? We are already having positive conversations with the government about how they can take a lead on this but I would urge all sections of the aviation industry to come together to support these measures.

Free ports are designed to provide key incentives for domestic and foreign companies’ supply chains. With increased trading activity in the port, an agglomerating effect of economic activity in the area surrounding it begins as businesses shift their manufacturing and distribution operations.

The model already exists in countries all over the world, from the United States through the Middle Eastern city states to the free-trading hub of Singapore. All have already successfully established free ports. Indeed, there are approximately 3,500 free ports operating worldwide, employing 66m people across 135 countries.

The UK currently operates more than 160 ports including air, road and sea which account for 75% of all UK trade. Last year, trade between the EU and UK reached £593bn. The UK was the second largest port sector in EU but, as a member of the single market, it was unable to set its own tariffs against the goods entering and exiting its ports.

Brexit offers the UK government the ability to create free ports at regional airports and unleash their economic potential. According to the Centre for Policy Study’s research on free ports, even applied to just the UK’s biggest Northern ports, the policy would create 86,000 jobs and provide a much-needed boost to the manufacturing sector, as well as boost productivity and wages.

If the free port initiative were applied to regional airports, these effects, already measured for the North, could be expanded to communities across the country. Airports and airlines are seeing an increasing importance in international trade, but there is even greater potential to be realised.

Now is the time for these ideas to be driven forward into reality.

Added to regional airports, I have wondered whether making the whole of Northern Ireland a Free Trade/Enterprise Zone might solve the Brexit border problem.