A low-cost subsidiary airline called FlyArystan is being launched by Kazakhstan flag carrier Air Astana in the first half of 2019 with a fleet of Airbus A320s configured to an all-Economy Class of 180 seats. 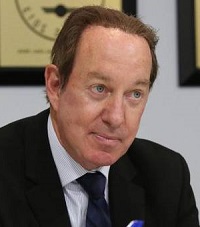 Air Astana says the new company will operate “a classic LCC model”, following the examples of successful airlines such as easyJet, Indigo, Cebu Pacific and Air Asia on mostly domestic routes but expanding internationally “in the mid-term”.

FlyArystan CEO Tim Jordan said the carrier would initially fly four aircraft, growing to a fleet of at least 15 by 2022, and will operate from multiple aircraft bases in Kazakhstan with more details to be announced shortly.

Like Jordan, a British-Australian national with more than 15 years’ senior LCC experience at Cebu Pacific and Virgin Blue, the rest of the management team has already been appointed and is drawn from Air Astana’s senior local managers.

Air Astana president and CEO Peter Foster said: “FlyArystan is the result of much serious thought and internal business planning, and comes as a result of a rapidly changing local and regional airline business environment.

“We are hoping it will be very welcome to the Kazakhstan travelling public, who will be able to benefit from significantly cheaper airfares on domestic and regional routes.”